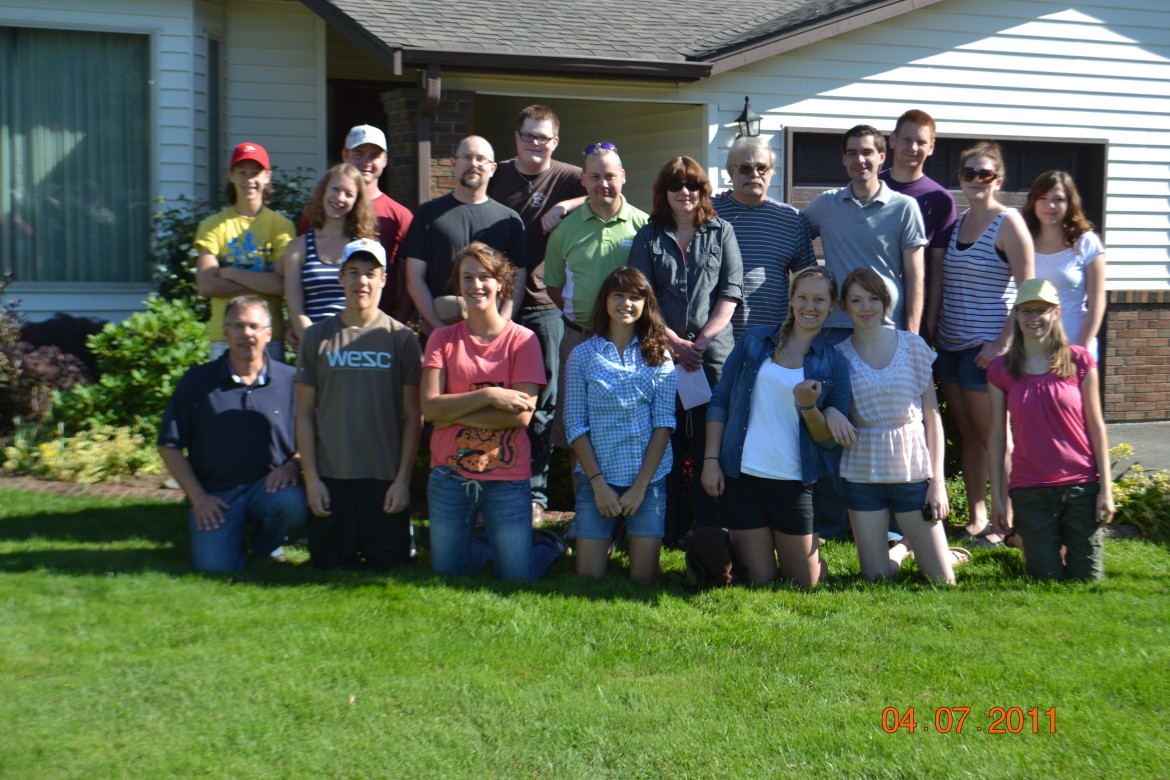 How has three days gone by? I feel like I’m just getting into the van with my bag of corn nuts and jumbo pack of beef jerky. Mike is wide awake and ready to drive, he has had his morning coffee and is so happy to get on the road (He is most definitely a morning person).  Spencer has already has his 5am dose of sheppard’s pie and is nestled comfortably with our dear Ken in the back of our beloved 13- passagener cheese wagon.

The ride down came with its fair share of roadtrip conversations, mega watt amounts of calorie consumption and car troubles. In my opinion, everything that makes for a good 13-some-hour road trip, perhaps excluding the latter. I know I definitely enjoyed the conversations chattering around me and the ones I was able to listen in on.

One thing I’ve always loved about my Calvary family is how it doesn’t matter what age you are, what your background is or interests, we always take each others opinions and questions seriously while leaving room to shamelessly tease one another (all in good fun). Whether it’s Heather chatting with Ariele or Greg Wiens razzing Matt, there seems to be a mutual respect that exists and it’s more than refreshing.

I know we were all very concerned when Heather misplaced her wallet and then Iphone only to find them in her bag and safely back at the base. It was like Bahamas 2.0 minus the sunglasses (or so I’ve been told).

Eventually, we made it to Abbotsford, despite a few stops on the road while our van overheated from a blown radiator. 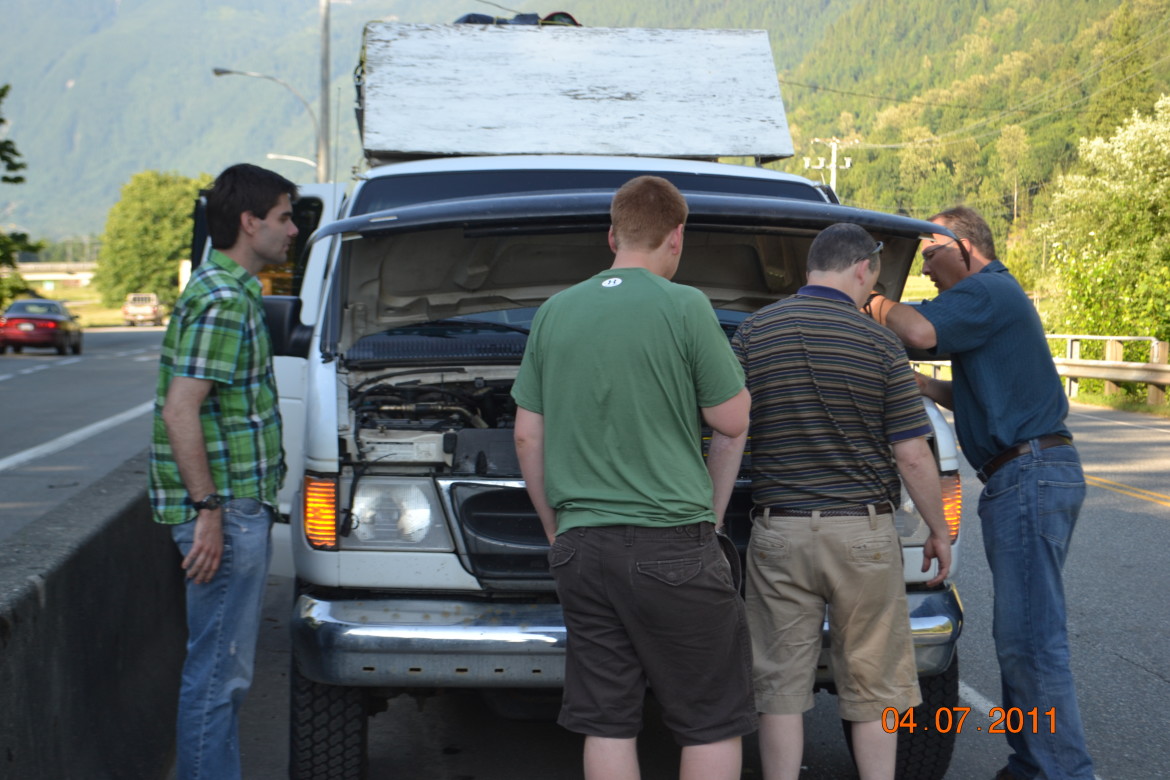 There, we were more than blessed to stay with the Timmerman’s, Ken’s beautiful parents Gail and Don. I think we were all amazed at the care they had taken and huge food spread they had laid out for us when we arrived. 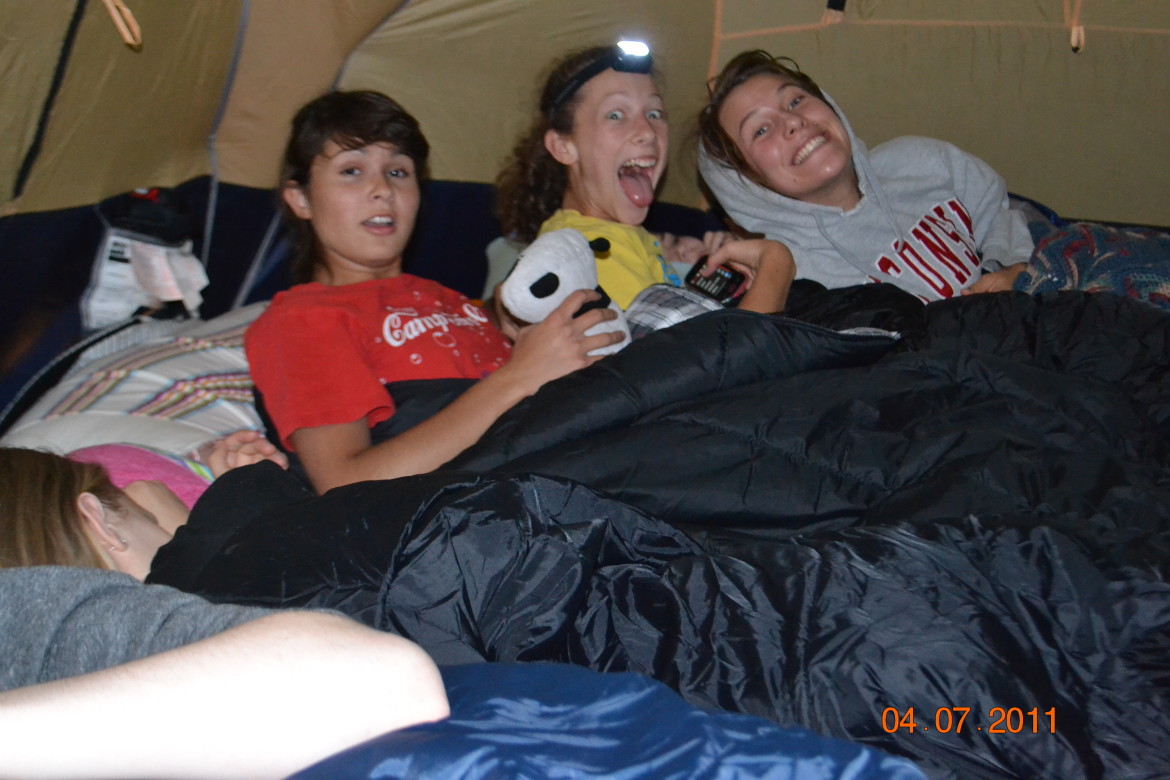 Somehow us girls ended up outside in a jumbo tent while the men got to live in the luxury of Ken’s house—typical.

After leaving Abbotsford we ventured to the Vancouver Aquarium where we spent the afternoon revelling in the aquatic creatures native to Vancouver and area. I’m pretty sure Greg Wiens will never be the same after the baby beluga waved at him. 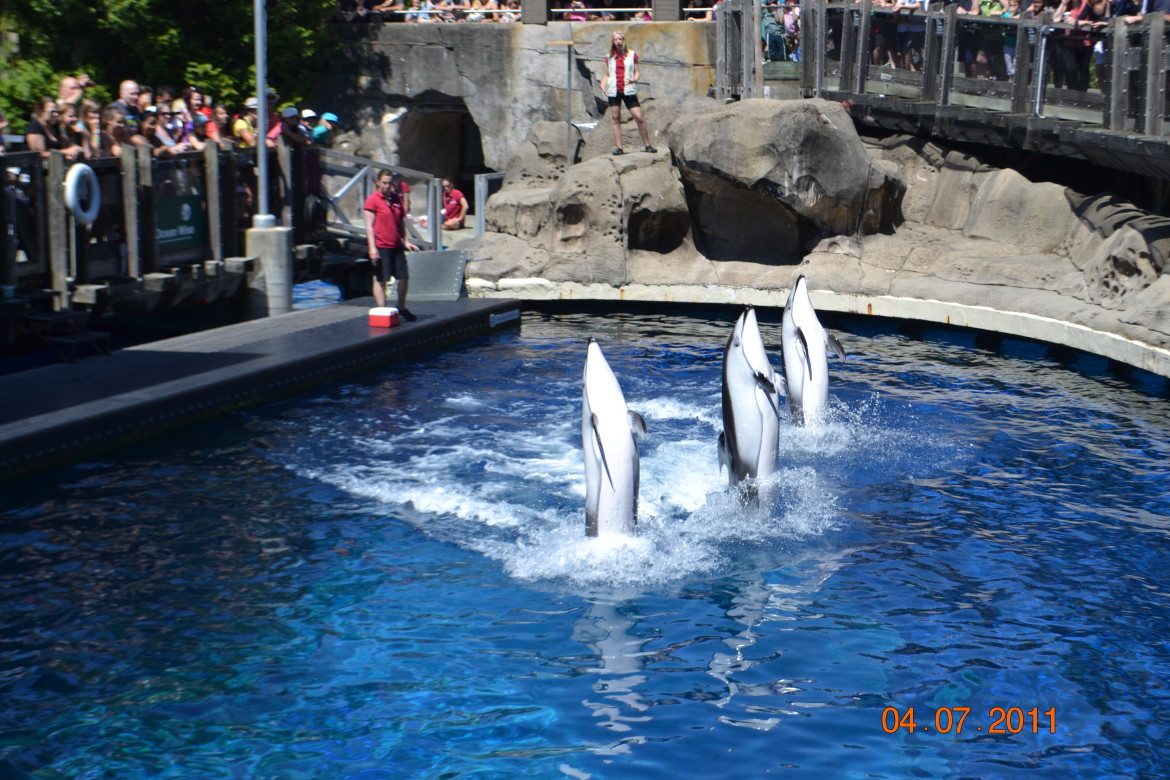 In all seriousness, it was really cool to see the tourist locations of Vancouver. Unfortunately, when we returned we found that some of our team members’ bags had been stolen. Although that loss was difficult for many, we were reminded that many of the individuals we were going to be interacting with had suffered great losses. It was encouraging to remember that we can bring the message that God not only cares about their losses, but He hurts for them and with them. Definitely a good reminder for me and I’m sure many others.

Today was Urban Plunge. There we had the opportunity to familiarize ourselves with the Vancouver communities, both affluent and impoverished. We did a scavenger hunt, which helped us find out some really interesting information about such topics as: acquiring healthcare on the streets and the price of single rooms in the East Hastings area. We also were able to pack an extra lunch and in groups of 3 sit down and eat with a resident of the East Hastings community. After hearing about everyone’s interactions I know I was more than encouraged to see how open and honest the community was.

Everyone has a story.

This story started before they met us and will continue after but it is so cool to be welcomed to share in it. I know living in North America, people can often be so guarded and that is definitely not the case with these individuals.

Lastly, we took a trip to the neighbouring communities, such as Gastown, which are some of the most high-end streets in Canada, just a few steps from Hastings. Many of us participated in an activity where we sat along these streets with our shoes off and put ourselves in the perspective of a homeless individual. It was uncomfortable to say the least. It’s weird – we were only there for maybe 15 minutes, but we felt less comfortable in our own skin almost instantly as people walked by. Most people just ignored us and others looked confused as these streets generally are free from such displays.

It makes you see how easily the world deals out value and how very different God does. Jesus said numerous times in the Bible that unless we become weak, dependant and like little children, we will not inherit the Kingdom. I’m not going to give a theological interpretation of what that means, but I think there is a lot we can learn from seeing people as God does, and finding our value less in the world’s standards.

Alright… I’m being summoned off this blog for now. Take care friends and continue to pray that the Holy Spirit will speak and move.

2 Comments on ‘The First Few Days’