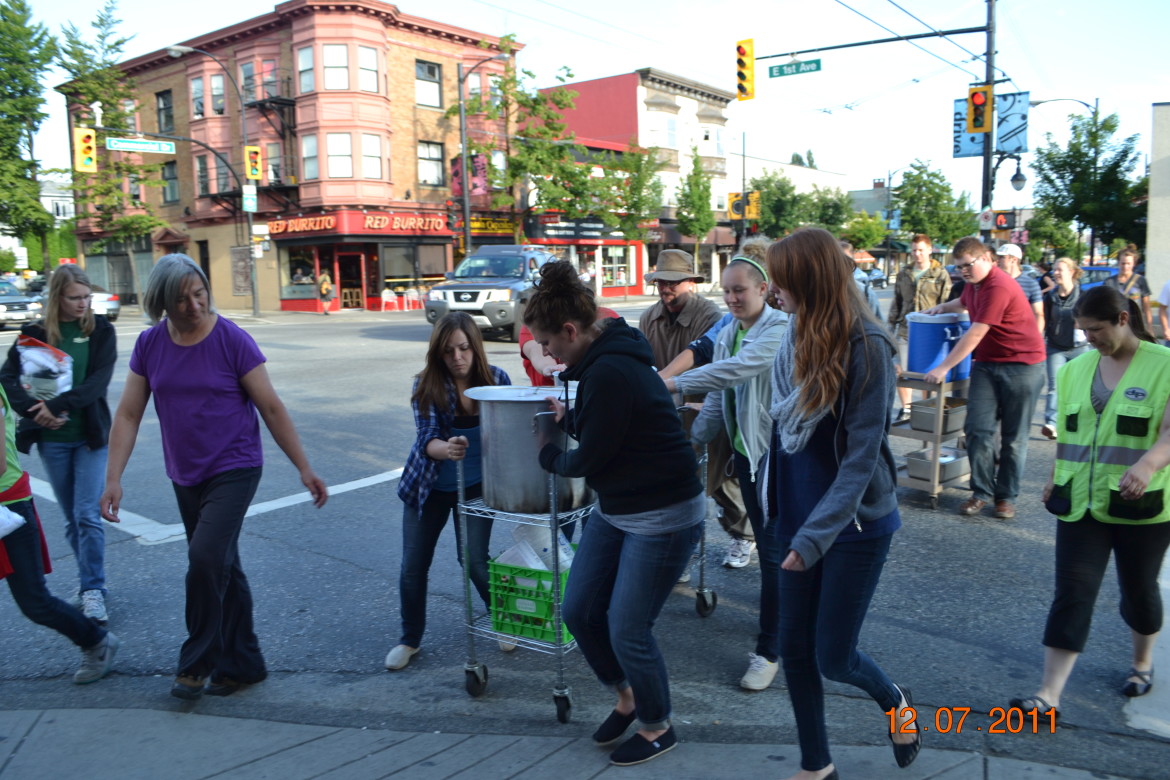 On Tuesday we met Gordie, who has run the ‘Chili Wagon’ off Commercial Drive for 18 years now. Gordie is probably one of the most passionate people I have ever met. His testimony is too unbeleiveable to re-account in this blog post, but let’s just say he had a rough life, was on the street, met Jesus, and has never ceased to listen to the voice of God in his life. Gordie is so real. He doesn’t just serve amazing chili once a week, made from store bought, fresh ingredients, but he serves friendship. Gordie and his wife Shannon pray, cry and even provide a home for many of the people he meets. Every eye is on this guy when he speaks because he speaks wth conviction, with hope and with a message. He challenged our group to live out our faith in our communities.

Gordie is that guy you can call at 3am when you don’t know what to do and he will come.

He explained that what he does is more than just good food… it is a willingness to invest; to get hurt. It’s about knowing your neighbours and being there for them. It’s about love. Shannon said that even though the Gospel tells us to feed the poor, the first thing God asks us to do is love others.

But Shannon and Gordie are not ignorant to the fact that change doesn’t happen overnight, and often the fruits can go unseen for many years. Gordie told a story of a girl off the street who was living with them, and how she became family to them, living with them for a few years. However, she started using again and vanished for a long time. Many years later she called them up, and asked to live with them again. However, Gordie had kids now and couldn’t have her using around the kids.

“You can come back to live here if you go to detox and rehab”. She consented and they got up and drove her there. She stayed a couple of days and then left. This has continued for eight long and painful years. He explains the pain of driving her over and over again and seeing no change, but he went on to say that she has now been at rehab for 2 years now and her bed is waiting when she is able to come home. This type of ministry is a little flicker of hope, of God’s faithfulness, just when everything looks hopeless. Gordie is the first to admit it’s hard a lot of the time. 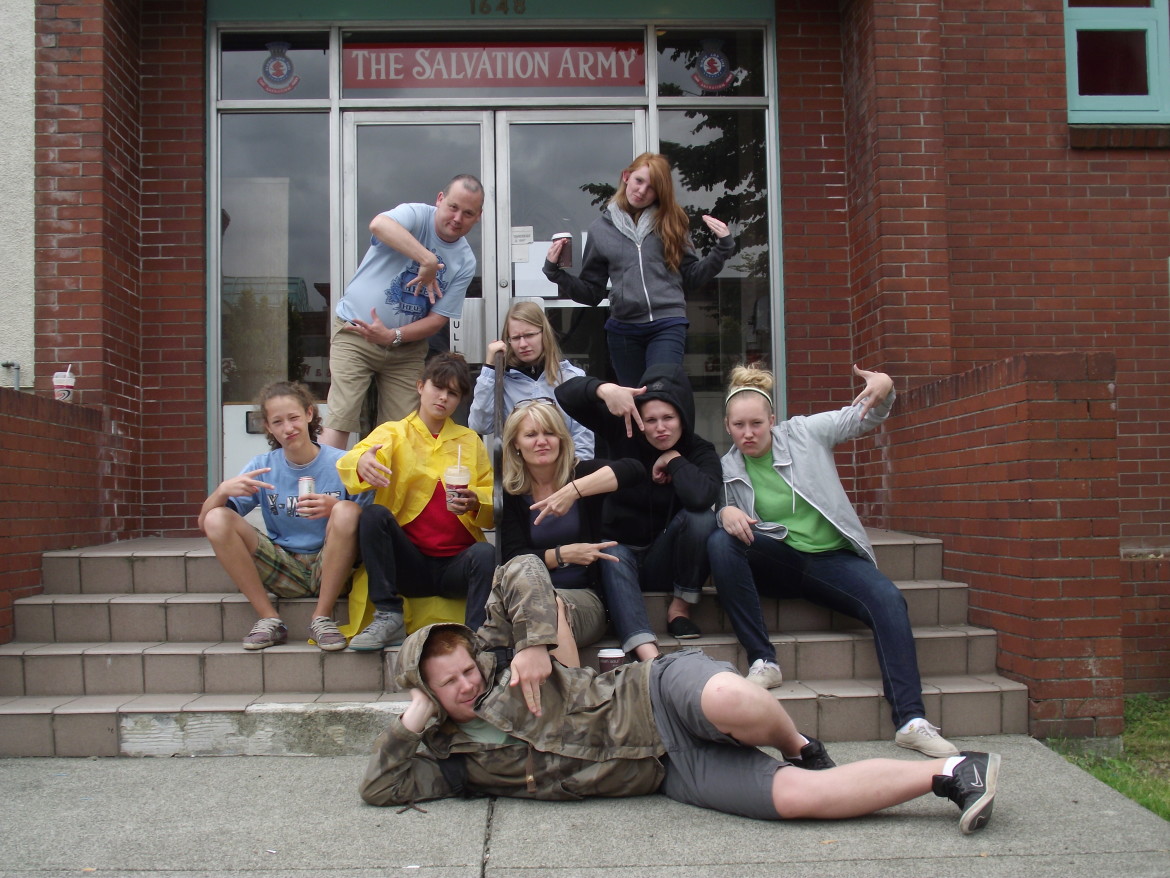 Our group in front of Salvation Army, where we worked with the Chili Wagon

After this testimony, I think we were all more than ready to help serve the food we had prepared with him over the course of the day. We put the oversized cauldrons of chili and vegetarian soup onto a trolley along with fresh banana bread and some juice, and commenced what must have been the most sketchy food moving maneuver in Calvarian history. I don’t know if anyone has ever seen the tv show, Ultimate Cake Off, but if you have, you might remember when they move the oversized cakes from their stations to the judgement table and the stress they feel anticipating it crashing to the ground. Well I would have to say you could see the determination in all of our eyes as we wheeled the trollies five blocks to the park on busy Commercial Drive. Hayley and Emma were covering each side like pros, and thankfully other than some fingers getting squashed, the chili made it safety to the park where Gordie’s friends were waiting.

The crowd was more than eclectic, with topless hippies (I’m sorry, Mrs. Peacock), guitar playing Eagles fans and a whole mix of others. There was just something different about the vibe Gordie’s ministry had compared to a larger organization. It just felt warmer. Maybe it was the home-cooked food or the uncommon location, but it felt good. I think it was probably how Gordie answered God’s voice to be faithful and to just love these people.