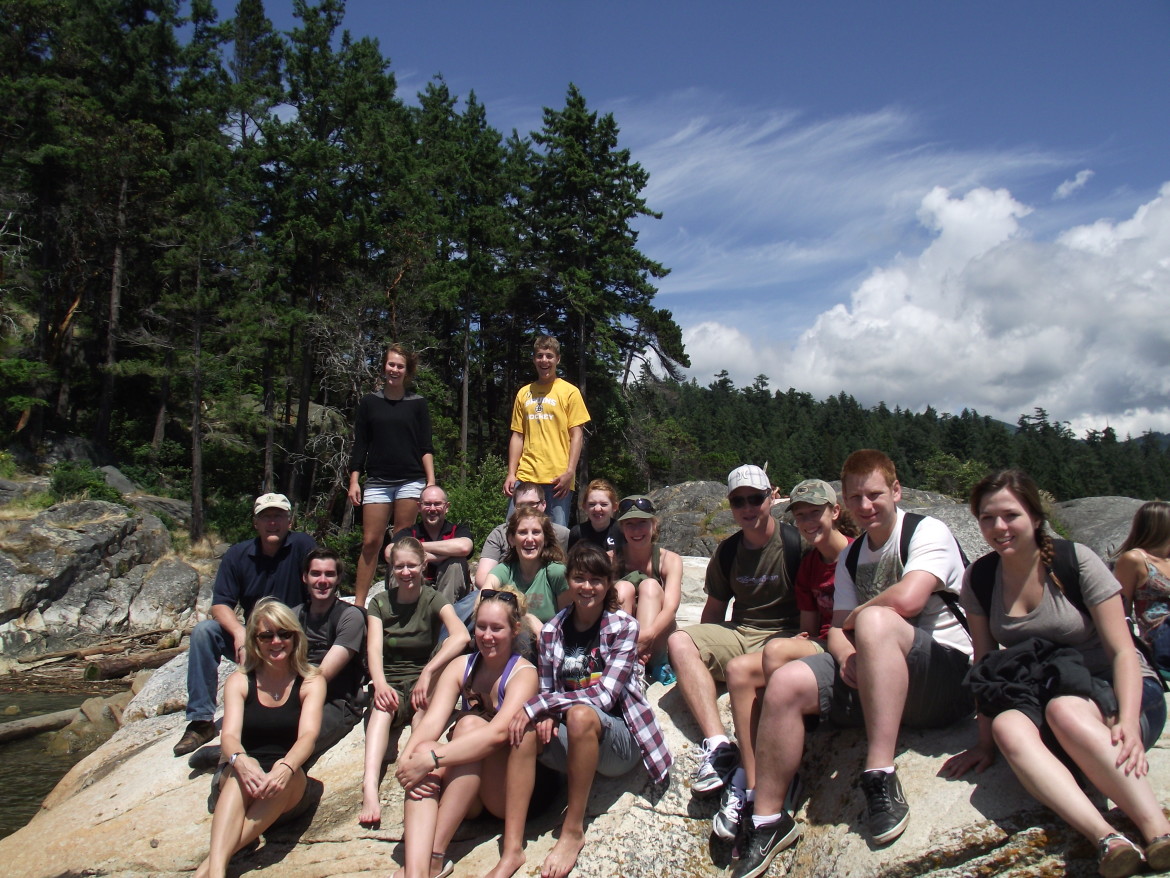 It’s Friday, Rebecca Black would be thrilled. Today has had its fair share of interesting events and was just overall a hilarious day spent together. In all our incompatibilities, somehow as a team we are really quite compatible. If you’ve ever been a part of a team or missions trip, then you know how much team dynamics play. Teams can make or they can break.

The funny thing is that when we’re in a team that isn’t as peachy as we’d hoped (I know, I’ve been there) with people who are difficult to be around, we start to think they’re the problem and if they weren’t there, things would be great. But I think if we’re being real with ourselves, these situations are really revealing about us, our humility, and our grace, and whether or not we actually understand them to their core. As I had said, our team is having a great time, but for sure being with this many people with no personal space has pushed me and I’m sure others to need to draw on some extra grace.

I once heard grace is in its essence unfair (probably from Rusty); it’s giving someone something they don’t deserve. Wise words from the fire Mashall, I would say. 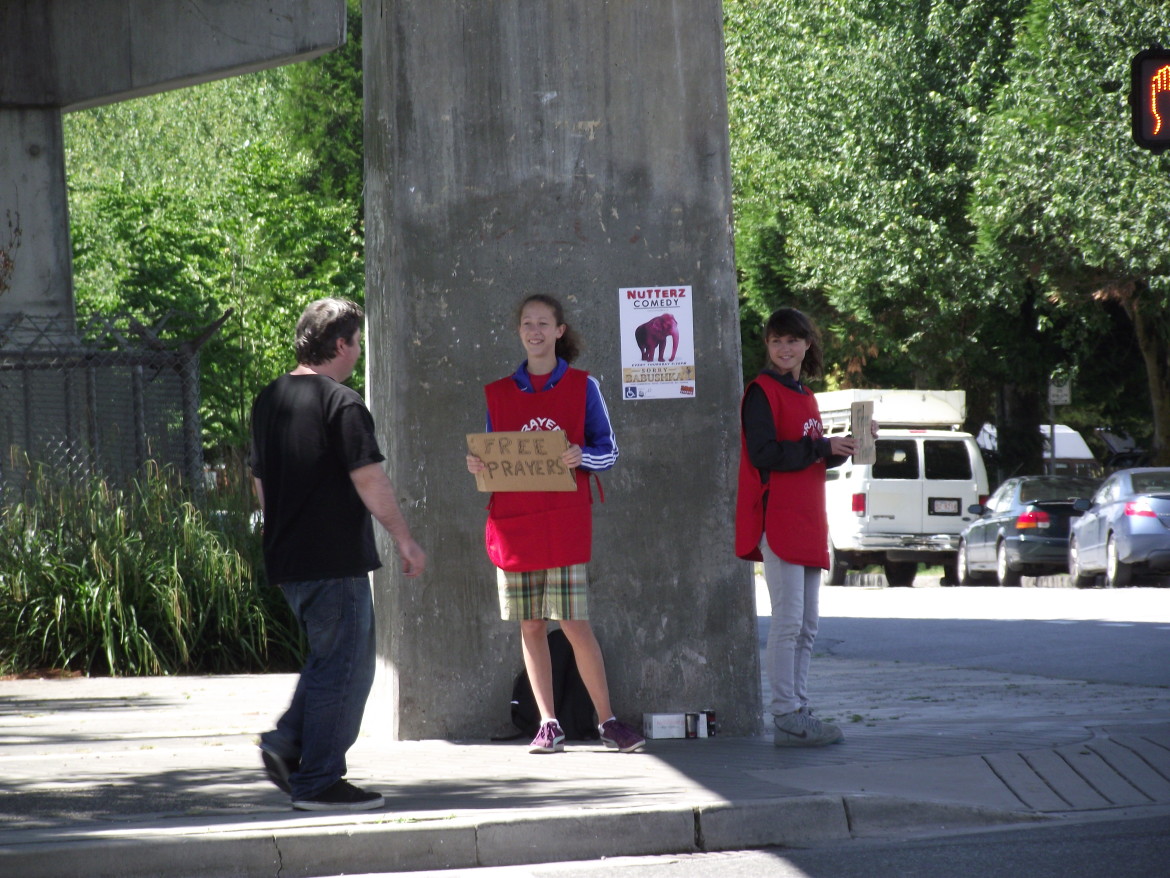 I think we’ll call today opposite day – – as our team members who did UGM yesterday did prayer stations today and vice versa.  Again, God was moving in both. It was really cool to hear the stories continue and to learn more about the Hastings community and urban ministry as a concept. Spencer Peacock gave a great testimony on fear and allowing God to have control at UGM New Westminster. Pretty bold stuff I’d say!  If Greg Wiens asked that of me, I’d probably be tempted to say “Nah, I think I’ll pass,” so hi-fives Spence! 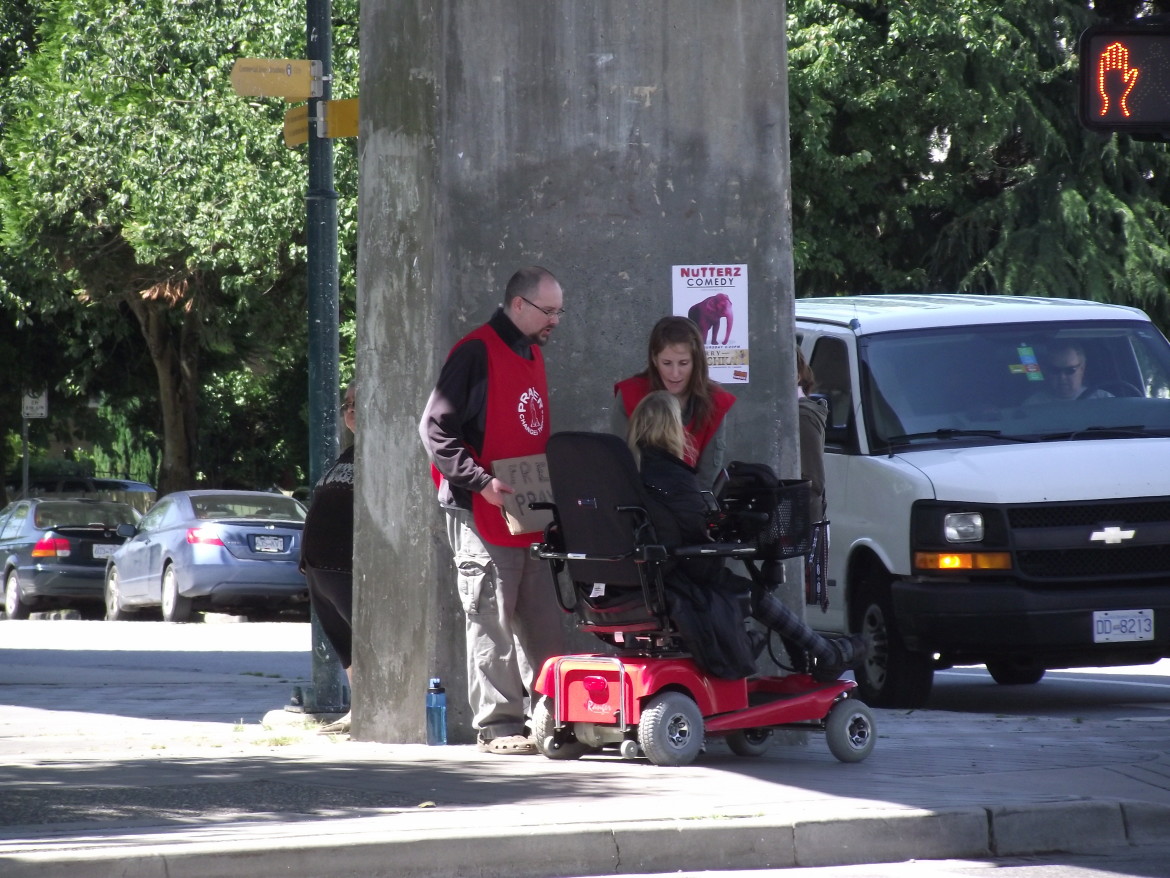 While the other groups were waiting to go to our afternoon locations, Greg shared his most recent obsession…geocaching. I think Jaclyn probably should get credit for introducing old Greg to this new sport but I don’t know if he’d admit it. For those of you not familiar, geocaching is probably the equivalent to a real life “Where’s Waldo,” mixed with something nerdier, like LARPing. Basically you (Greg) have an i-Phone app that tells you where people have hid these tiny metal containers which contain a log book, trinkets and a pencil. When you track these babies, you put your name on the log book and continue on to your next geo. I have heard there are hundreds in most cities alone. Something I know I learned about Greg today was when he gets on something he does not quit… I’m pretty sure Delores has no unfishined projects at home, after seeing this mans effort to complete a geocache.  If there are, I would be shocked!

We have all learned so much this trip, from sex trafficking, to organizations here inVancouver, to geocaching. I wouldn’t call this your typical mission’s trip. I think when we hear missions trip, we often think of doing stuff. Volunteer work, if you will, but this trip has a really cool element to it. It’s really educational, and many of the activities coming up will only continue to expand upon that. I know many of the girls feel like we should be doing more, but I know so much has been done in their hearts—I can see it, in all our hearts actually. You can’t be here and not be interested in the lives of these people, then realizing these same things are actually back at home… actually, it’s splattered across this country, and not wanting to get involved doesn’t make sense. I think this trip has a lot to do with understanding God’s heart for individuals in these circumstances and finding out where we feel compelled to get involved. Awareness is the first step, letting God make us aware can be painful, but I think as this trip is showing, it’s worth it. Heck, I’d love to not care, and just do my life, but we know God has and will continue to call us as Christians to love… which includes loving individuals with complex issues.

There is no fear in love.

I am excited to see what God is going to do through this team when we get back. Erin Walker actually made a really cool point when she said that she’s so excited for the younger team members who have come on this trip, because for most people, this kind of social awareness often does not happen so early and thus can have such a big influence on what young people do with passions they may have otherwise not known they had. So Calvary, send your kids next year, they will not regret it.

To finish off our days we went for some more cultural food … mmmm … Calvarians sure like to eat, and as we learned, some like to eat more adventurous then others. As we were sitting there slurping our Vietnamese pho soup, our team had the privilege of watching Spencer and Greg eat the fatty tendon, Tripe (which is the stomach lining of a cow) and many other special bits, all the while hearing them describing their texture, taste and clever comparisons. Now, if that doesn’t make you hungry…you’re probably ok, and if it does, you’re ok too. Alright, I will leave you with some wise words — “Do not attempt to eat tripe with braces.”  Thanks Spencer! 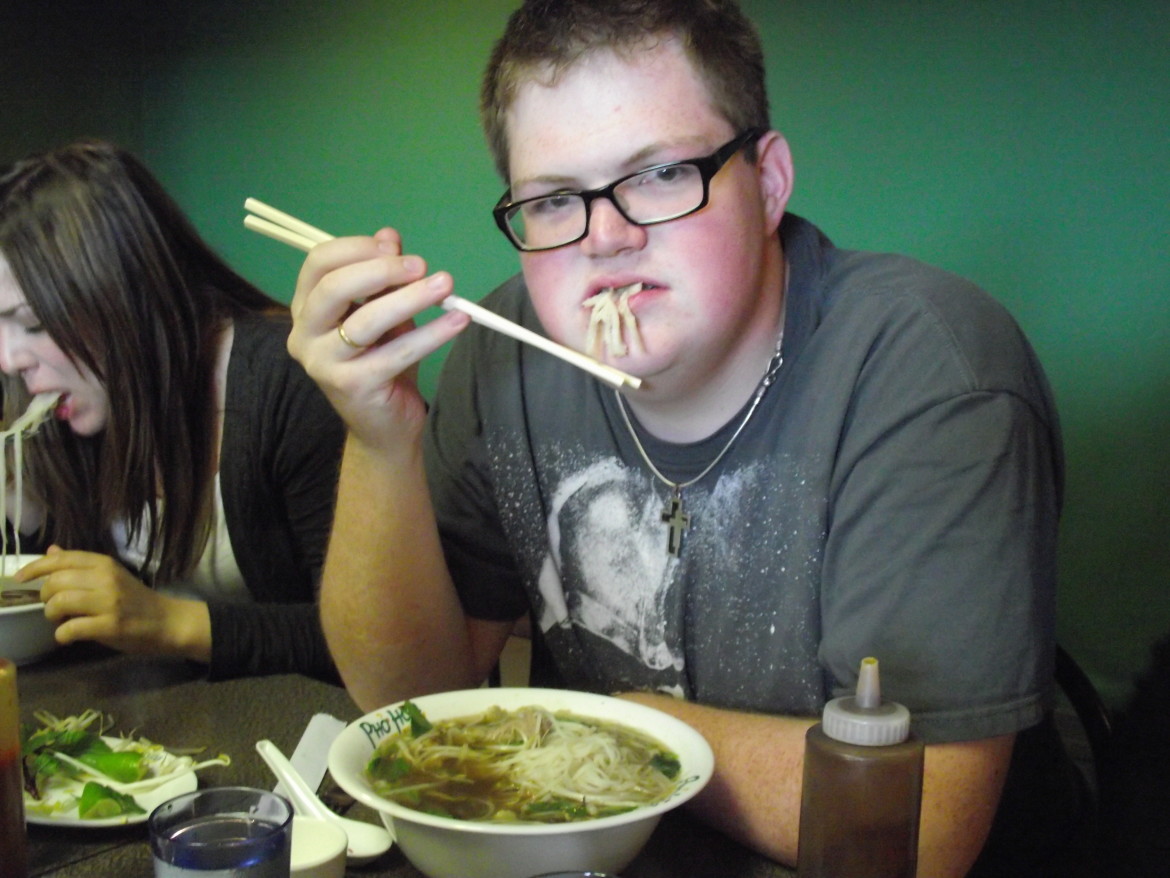 3 Comments on ‘Friday – Our changing hearts!’